Toys out of the pram? No need - Goo Goo Dolls are touring the UK in November 2010 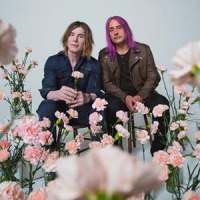 For a band that formed in 1986, it took Goo Goo Dolls long enough to crossover to the big time, even in their own country - 12 years in fact. The album "Dizzy up the Girl" featured the highly-successful song "Iris" which, for a while, never seemed to be off the radio. Originally appearing in the film "City of Angels", the song was rereleased a couple of times in the UK - we finally got the message in 1999.

Now the New York rock-band are back with a new album, new single and a pile of new dates confirmed for the UK. The album is called "Something For The Rest Of Us" and gets released on 31st August, with a single "Home" appearing earlier in the month.

Not surprisingly, the UK tour is not too many months afterwards, starting in Glasgow on the 7th November, followed by Newcastle (8th), Leeds (9th), Birmingham (11th), Manchester (12th), Brixton (13th), Norwich (15th), Bristol (16th) and finally Leicester (17th). Tickets are on sale from Friday morning at 9am with many dates expecting to sell through pretty sharpish.