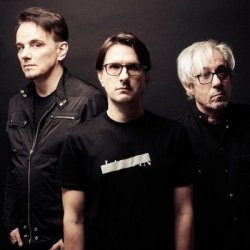 The prog-rock quartet Porcupine Tree have recently sold out their Royal Albert Hall gig in London on 14th October - let me say that again - Royal Albert Hall sold-out. Such is the demand to see this highly original and unique outfit, the band has announced a further two dates across the Irish Sea, also in October.

The new nights are confirmed for Dublin (Tripod - 11th October) and Belfast (Mandela Hall - 12th October) with tickets for Belfast on sale now. Demand will be huge if the London date is anything to go by and tickets will cost £25.50 for Belfast, with Dublin's tickets due to go on sale this Friday at 9am.

Porcupine Tree has recently released the live download album "Atlanta", recorded during their 2007 date in Atlanta, containing 16 tracks that go some way into explaining why it hasn't appeared on CD - it's over 2 hours long for a start! More importantly however, there is a far more serious and charitable side to the download-format and that is Mick Karn.

You may or may not be aware that Japan's bassist Karn has contracted cancer in its advanced stages. The cost of treatment has drained his financial resources and because both Porcupine Tree-members Steven Wilson and Richard Barbieri have been friends with Karn (and worked with him in No-Man and Japan respectively), have donated all profits from "Atlanta" directly to Mick's fund. If you wish to purchase this album and donate to a worthy cause, visit www.porcupinetree.com for further details.