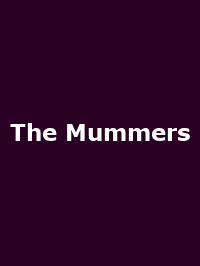 If you haven't heard or even heard of The Mummers, let me fill you in. For a start there are about a hundred band members, fronted by show-woman Raissa (more of her later) with a creative cluster of musicians that cross vaudeville, brass-band, circus, fantasy and soundtrack borders, with a good old dose of Bjork / Goldfrapp eccentricity and an ear for a great tune. The Mummers have just one album under their belts so far, the type of album that should be nominated for a Mercury - but that's an altogether different story.

Back to Raissa then, and if the name seems a little familiar, cast you minds back to the turn of the century. Yes, it's the same Raissa who released a few decent, quirky albums including "Believer", a not dissimilar collection of soul-pop vignettes that were just too kooky for radio. Add in sweeping strings and a big, big sound and you have Raissa 2010, The Mummers (very much a group thing, you understand). Oh and that album of theirs is called "Tale To Tell" - and it's a bit bloody marvellous.

The band have recently announced some dates for the autumn, plus a few festival appearances beckon so let's dive in. Their next live spot is at Cumbria's Solfest - if you are going (it's during the August Bank Holiday) then be sure to check em out. Their tour dates begin in Manchester on 21st November and continue on to Glasgow (22nd), Nottingham (24th), London (25th), Birmingham (26th) and finally Bristol (27th). Tickets are on sale now priced from Â£8 to Â£11.25 (don't forget the fees) - think I'm going to try and get into the King's College gig.