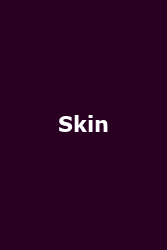 Skin may conjure up the feisty lead-singer with attitude-rockers Skunk Anansie, but back in the early 90s (and of course 2010) it meant ex-Jagged Edge, Kooga and Vamp musicians forming the rock-metal band Skin and becoming artistically-chummy with Bruce Dickinson, before releasing their debut self-titled album in 1994 and touring with Thunder and Little Angels.

After spending several years in the wilderness since 1998, the boys reappeared last year with the acoustic album, "Up Close and Personal" but now is the time for goodbyes with a new album and a farewell tour at the end of the year. It certainly seems as though the audience-reaction at Download 2009 was enough to kick-start a longer reunion but, with responsibilities and families, the music is going back on hold again after this tour.

The tour begins in Glasgow on 8th December and continues on to Newcastle (9th), Manchester (10th), Norwich (11th), Bristol (12th), Bournemouth (14th), London (Camden - 15th), Birmingham (16th), Oxford (17th) and lastly Nottingham (18th). Tickets go on sale this Friday at 9am, priced at Â£15 plus fees. These tickets will fly out - expect an emotional evening of "Tower Of Strength", "House Of Love", "Perfect Day" and selections from the new album.