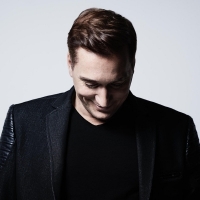 Underworld have announced a special album-launch evening, to be staged in London in September. The new album is entitled "Barking" and is their first new material since the rather excellent "Oblivion With Bells", released in 2007. Recently Underworld released the track "Scribble" as a single after previously posting it on their website as a full download and heralds a new collaboration with drum n bass producers and remixers, High Contrast.

The album-launch will take place at the HMV Forum in Kentish Town, London on 16th September, with tickets going on sale at 9am on Friday 23rd July. Tickets will be £25 plus fees.

"Barking" will also feature contributions from other producers such as Dubfire (one half of Deep Dish), Appleblim and Paul Van Dyk and gets a release on Cooking Vinyl on 13th September.

The Essex-duo entertained a packed crowd on Saturday night at the iTunes Festival and have hinted at a full UK tour later this year. Meanwhile sit back or be upstanding for the official video for "Scribble" right here!