What a Wonder Woman - Lynda Carter spins into action as easy Jazz crooner at the Garrick, September 2010 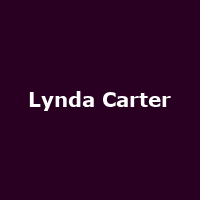 If you're as old as I am (easy people) then you may just remember the swathe of comic-book super-hero series that hit our screens in the 70s. Batman, The Incredible Hulk and Six Million Dollar Man were all huge successes and basically kept kids (and adults) off the streets during its transmission, producing a cult of running around the local streets 'wooshing', 'growling' and performing 'slow-motion pretend-lifting and running', all happening without much coordination, while someone in the group of mates sang the theme-tune. Badly. But something was obviously missing in the form of a female super-hero - until "Wonder Woman" spun into action of course....

Lynda Carter, a former beauty-queen, was the subject of many a male fantasy in the late 70s and it wasn't for her choice of boots and extending rope-snare either. What you may not have realised, is her foray into the world of music. Carter is an accomplished crooner who had already released an album entitled "Portraits" back in 1978, and she has followed that up with 2009's "At Last". Both albums are collections of MOR and jazz-standards and include songs such as "You Send Me", "Cry Me A River" and "She's Always A Woman" (the latter was actually on the 1978 album, pre-empting the success of the Billy Joel tune by some two decades).

Now you have a chance to see her sing live at the Garrick Theatre on 17th and 18th September for between Â£25 - Â£39 plus fees, with Carter due to perform songs from a forthcoming third album, as well as from her expansive repertoire. Tickets are available now.