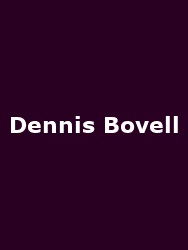 When punk fizzled out, many bands opted to mellow out or cop out, with other groups forming to carry on the message, the message being "actually, life is still sh*t, don't you forget it". The beautiful racket emanating from the debut album "Y" by the ironically-named The Pop Group, suggested that things were not going too well in the Bristolian-camp of Mark Stewart and cohorts - an enraged mixture of dub (via producer Dennis Bovell), shouting (Stewart) and jagged free-form jazz and blather is as far away from Top of the Pops and T4 as you could wish to get.

Just to get me in the mood, I am listening to that album on streaming-station we7 - there is something unsettling about listening to lyrics like "Soldiers marching through your eyes" being interrupted by a robotic harridan advertising, no, squeaking about "sweets and candy, delivered direct". Upon reading about the reasons for reforming and playing a few European dates, Stewart lays claim that Britain is "more f***ed up that ever before" - the fevered insistence to buy lollipops on the net seems to back up his claim, somehow.

The Pop Group will bring their extremities to the Islington Garage on 11th and 12th September with tickets available now, priced at £17.50 plus fees.

Expect much in the way of scratchy avant-dub with sloganeering and anger, plus (hopefully) "We Are All Prostitutes" and "Where There's A Will". Do not expect bouncy songs about "All The Lovers", "My First Kiss" or "Fluffy Ickle Bunnies".