You must be kidding? Free London theatre tickets available for August 2010 Kids Week 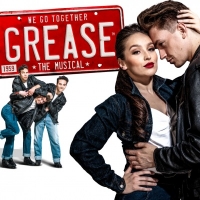 The kid's summer-holidays are always a bit of a trial at some point, particularly when you're trying to keep them entertained or out of trouble. How about taking them to a show? There are plenty of superb family-shows, musicals and activities available to all during the 13th Kids Week (which is actually a fortnight long).

From today, you will be able to obtain a FREE ticket to selected shows for each child accompanying each adult. Each child must be between 5 and 16 years old and MUST be accompanied an adult - if two children are going, they must be accompanied by two adults, and so on. You will also have the option of booking up to two extra kids' tickets at half-price. This offer only applies to performances from 13th to 27th August inclusive, all other dates are subject to standard booking prices.

There are over two-dozen shows to choose from and we have a few suggestions below. Please note, there are age-restrictions on a few of the productions - we have highlighted these where known.

This is a classic high-school musical that has delighted generations of theatre-goers for nigh-on four decades, particularly since the film-version hit our screens in the late 70s. With classic songs such as "Summer Nights", "You're The One That I Want", "Greased Lightning", "Sandy", "Grease (Is The Word)" and "Hopelessly Devoted To You", the tale of Danny and Sandy falling in love during summer-vacation never seems to age. Currently the production stars Noel Sullivan (Hearsay and Flashdance) and Siobhan Dillon (How Do You Solve A Problem Like Maria?). Playing at the Piccadilly Theatre.

I can recommend seeing this excellent show because it is a riot of colour, sparky acting and dance-pieces and memorable songs throughout, including "Circle Of Life". The tale of a young lion-cub coming of age, becoming a Prince and ultimately the King of the jungle, has been adapted from the classic Disney film of the same name and won a Tony-award in 1998 for best musical. Playing at the Lyceum Theatre.

You can't go wrong with the London-based tale of street-urchin Oliver Twist, based on the children's tale written by Charles Dickens - great songs by Lionel Bart, charming characters, cracking sequences and lots to keep the most fidgety of children glued to their seats. Young Oliver finds himself homeless until he bumps into The Artful Dodger, a pickpocket of ill-repute but with a good heart who takes the young urchin under his wing. Songs like "Consider Yourself", "I'd Do Anything" and "Food, Glorious Food" are timeless and the production is highly comical. Drury Lane Theatre.

Crash! Bang! Clatter! "Stomp!" Is certainly a noisy, energetic and boisterous show that will keep everyone tapping their feet within seconds. Physical theatre doesn't get much better than this as the Brighton-based octet use their bodies and everyday objects as instruments - basically, anything that makes a sound! Playing at the Ambassadors Theatre. Other recommended shows with great dance moves include "Tap Dogs" at the Novello Theatre and "Thriller Live", featuring the classic catalogue of the King of Pop Michael Jackson, appearing at the Lyric Theatre.

Amazing puppetry, gunshots and plenty of humour lace this startling drama that tells the tale of a much-loved horse being sent away to serve in the national army as a war-horse. His owner is heart-broken but determined to bring his animal back to safety. An excellent production now playing at the New London Theatre.

The legacy of the classic rock-band Queen lives on in this futuristic musical that tells the tale of a world without 'real' music, with all music and entertainment being generated by computers. The Earth is now called Planet Mall and all the inhabitants hear is "Radio Ga-Ga" (no, it's not quite a true-story). A further 30 Queen songs soundtrack the adventures of one student who decides to take on the world and bring proper music back to the people. Appearing at the Dominion Theatre.

This has been hailed as London's most-popular Broadway musical and it has certainly propelled a few actor's careers, particularly those playing the sassy lead-part Roxie, a woman jailed for the murder of her lover. Much of the production draws influence from jazz and vaudeville and features the songs "All That Jazz" and "A Little Bit Of Good". Playing at the Cambridge Theatre.

Other featured shows in the Kids Week offer include "Room On The Broom" (for under-5s), "Billy Elliot the Musical" and "Legally Blonde" (for over 10s) and the more mature Avenue Q, Hair the Musical and Priscilla Queen of the Desert - The Musical productions for over 15s. See below for the complete list of featured shows and happy clicking! Please remember, this offer is limited to seat numbers and for performances between 13th and 27th August only.

Check the pricing and availability via the "Tickets" links below, or click the "Kids Week" button below for more even more events and activities.