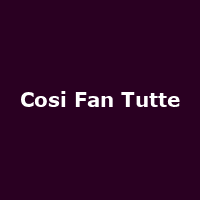 Certainly one of the most impressive concert-halls in the country, let alone the capital, is the resplendent Royal Opera House based in Covent Garden. The venue has recently announced its forthcoming autumn and winter season, with tickets now available for some mouth-watering productions.

The location is obviously respected for its opera programme and the 2010 line-up is no exception with the presentation of two masterpieces during September:

Cosi Fan Tutte This is one of Mozart's most acclaimed and popular works and a regular audience sell-out. This updated version by Jonathan Miller begins its run on 10th September and continues to the 24th, and incorporates the dark elements that underlie the lighter subject of love and loyalty. The story begins with two soldiers, happily contented with their seemingly-faithful brides-to-be, being wagered by Don Alfonso. He claims he can prove the ladies will be unfaithful within 24 hours and they agree the bet. Tickets start at Â£31.50 and above Â£100.

Don Pasquale Donizetti's comic-opera is also a hugely-popular work that is a regular instalment in opera-houses around the world. Don Pasquale wants his nephew Ernesto to marry a far more suitable woman than the penniless Norina, threatening to cut him out of his impending inheritance. Greed, fraud and marriage proposals ensue. Performances alternate with those of "Cosi Fan Tutte". Tickets start at Â£24.

RomÃ©o et Juliette The classic tale from William Shakespeare, an opera by Charles Gounod packed with romance and requited love and the exquisite aria "Je Veux Vivre". The tragedy concerns two lovers surrounded by trysts on balconies and feuding families, classically delivered in the Bard's poetic manner. The opera, which is a co-production with the ThÃ©Ã¢tre du Capitole in Toulouse and the OpÃ©ra-Comique in Paris, runs from 26th October to 17th November with prices starting from Â£24.

Other celebrated opera-performances coming your way include the fairytale Hansel und Gretel [opera], a perfect [if somewhat spooky - Ed]story to enjoy at Christmas - the production runs intermittently from 23rd December to 7th January, priced from Â£19 upwards. The opera is sung in English with German surtitles and parents are warned that the production contains potentially disturbing images for very young or sensitive children. Also showing is a special performance of Cilea's "Adrian Lecouvreur" starring Angela Gheorghiu (running from 18th November to 10th December. See below for the complete opera highlights.

The 2010 ballet-season is no less enticing with familiar productions and stories suitable for all the family, in some cases:

Onegin [ballet] The tragic story of Onegin, written by Alexander Pushkin and scored by Tchaikovsky, is a tale of unrequited love set in Petersburg, Russia. Onegin inherits land from his uncle and moves to a country-estate where he forms a friendship with a poet who, in turn, introduces him to one of his family, Tatiana who falls in love with him. After he rejects her, she marries someone else, only for Onegin to change his mind. This ballet runs from 30th Sep to 25th Oct with tickets costing from Â£19.50.

A few weeks prior to the ballet performance, Bolshoi Opera perform their operatic rendition of the tale at the Royal Opera House from 11th to 14th August. Tickets range from Â£10 to Â£160, available now.

Cinderella The Royal Ballet will serve up a memorable rendition of Prokofiev's colourful and melodic ballet-interpretation of the classic fairy-tale from 20th November to 29th December. You know the plot by now - Cinderella lives with her plain and wicked step-sisters and is invited to a grand ball, hosted by the handsome Prince. Cue the magic spell wearing off, a lost glass slipper and a long search for Cinderella by the love-lorn Prince. Tickets cost Â£34.50 upwards.

In the smaller confines of ROH2, you will find rather more contemporary productions that are certainly worth your attentions. Their coming season includes a UK premiere of Philip Glass' chamber-opera adaptation of Franz Kafka's In the Penal Colony [opera] (15th - 18th Sep) and Songs From a Hotel Bedroom (4th - 6th November), a work sound-tracked by Kurt Weill's lovesongs and tango-choreography that tells of one woman's reflections and memories of a passionate love affair that has proven to be all too brief.