Corinne Bailey Rae Takes you to The Sea in October 2010 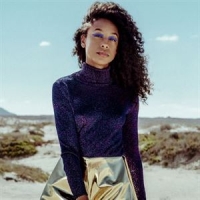 After a triumphant return to the spotlight earlier this year, with her gold-selling second album, 'The Sea' (released in January), the follow-up to her brilliant 2006 eponymous debut, and a subsequent mini UK tour in March, Corinne Bailey Rae has announced more dates for this autumn.

Three singles off 'The Sea' have been released so far, respectively 'I'll Do It All Again', 'Closer' and 'Paris Nights/ New York Mornings'.

This coming weekend, she plays Somerset House (as part of The Summer Series 2010, tickets for which show have all sold out) and the Latitude Festival (also sold-out), respectively on Friday 16th July and Saturday 17th July.