Judie Tzuke returns with a Mirrorball tour of new, old, borrowed and blue classics for autumn 2010 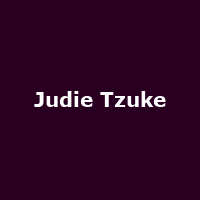 English singer-songwriter Judie Tzuke is a bit of an enigma. A bold statement for sure, but being famous for one signature song is normally a dangerous precedent for a career to flourish with, yet "Stay With Me 'til Dawn" is NOT Tzuke's only song in her locker. Her album "Welcome to the Cruise" was pretty consistent all the way through and its follow-up "Sports Car" was actually a bigger success upon its release in 1980, chart-position wise anyway. Dance-acts Mylo and Ultramarine have sampled "...Dawn" on a few tracks and the song still holds up today as a strong atmospheric ballad, without sounding irksome or cheesy.

Recently her entire catalogue was given a make-over on the album "Moon on a Mirrorball" (released in April) and features 30 tracks taken from her early Rocket Records days up to the Big Moon-era she is in now. Her catalogue has also been re-mastered.

She was due to tour in June but that was shelved until now - new Autumn dates have now been put on sale, beginning with Leatherhead (29th Sep), Sheffield (30th), Barnstaple (4th Oct), Bristol (5th), Islington (7th), Burgess Hill (8th), Milton Keynes (11th), Basingstoke (14th), Glasgow (16th), Edinburgh (17th) and Gateshead (18th) - prices range from Â£20 - Â£30 depending on location. Support on the tour includes daughter Bailey Tzuke and singer-songwriter David Saw, who has featured Tzuke on his album "Broken Down Figure" in 2009.