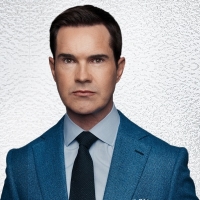 Every so often we get sent schedules for venues that leave us bewildered, but at Hammersmith's Riverside Studios venue they have concocted a pretty sound comedy-schedule for the coming weeks which we just have to tell you about. There are some seriously big names involved, plus some upcoming comedians at great prices - all are definitely worth a punt (the nearest I could get to a river-type pun). And because the venue has a few studio spaces, some nights have more than one performer happening at once.

New to the schedule is the massively popular Jimmy Carr appearing on the 22nd July in Studio 2. £12 for tickets? Are they mad? Not quite, because this is Jimmy doing what he calls 'his homework' for his upcoming national tour at the end of the year (and into 2011). He has to practice his lines and gags somewhere, so why not the Riverside. Tickets are for sale now - don't delay.

On the same night in Studio 3 is Richard Herring, who presents his "Christ on a Bike - The Second Coming" show. Comparing Jesus to the Fonz might sound blasphemous but he claims to have an affinity with the Messiah, so who are we to argue? £10 admission.

Cheeky Russell Howard will perform a work-in-progress in much the same way as Carr on 25th July in Studio 2. £12 gets you around an hour and a half of Howard energetically trying out gags for his next show, provisionally entitled "Right Here Right Now". The Mock The Week star will no doubt be his usual bouncy self-effacing, yet right-on self.

Other new tickets include Phil Nichol, the surrealist-extraordinaire, who appears on the 26th July (Studio 3 - £7.50), Reginald D.Hunter on 28th July (Studio 2 - £12) and Simon Brodkin's chavvy alter-ego Lee Nelson, with his 'Well Good Edinburgh Show', appears on 1st August (Studio 3 - £10). He'd probably say something like, "You is well-advised to come, innit. It's wicked kwalatee!".

Finally, Julian Clary has been confirmed to appear on 26th and 27th November at Studio 2. This is a pretty exclusive pair of dates for the flamboyant and glamourous comedian who has now been a household-name for 25 years. This show sees him reminisce and celebrate that lengthy career "before they put me in a home for tired old knackers". He is 'Lord of the Mince' apparently, it says so here. £20 for admission but book quickly as Clary sells-out quite often.

Check below for the full line-up for the forthcoming season. It should be quite a laugh.