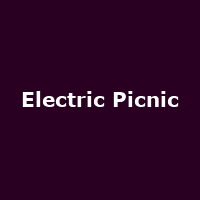 Just when you thought that the festival season couldn't take any more announcements, here comes another top-quality line-up in Ireland. Electric Picnic 2010 is set in the grounds of the 600-acre Stradbally Hall Estate in County Laois (about 40 miles south-west of Dublin off the M7), this 3-day festival has certainly set its stall out with the line-up and ticketing arrangement.

There is one ticket option available and that is a Weekend Camping Ticket for â¬240 per adult. Each adult can take up to 2 children each (under-12s only) and a Campervan ticket is also available for â¬60 on top. The weekend takes place from 3rd - 5th September and tickets are available now.

So what do you get for your money? The times of the performances will be finalised just a few days before the weekend begins, but confirmed acts so far include (deep breath) Massive Attack, Roxy Music, LCD Soundsystem, Leftfield, The National, PiL, Hot Chip, The Waterboys (very rare appearance from Mike Scott and co), Mumford and Sons, Brendan Perry (Dead Can Dance), Gil Scott-Heron, Bad Lieutenant, Jonsi, the Horrors, Eels, Steve Earle, Bonobo and that is just for starters. Of interest a little further down the running-order is Radiohead's Phil Selway, NYC-funksters Liquid Liquid and proto-electro-crunk act Dam Funk.

That is quite a line-up! Other facilities include the usual stalls, bars and food-stops, as well as plenty of arty attractions across the site (TBA).