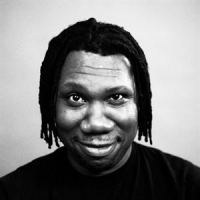 Hip-hop has been one of those influential genres that divides listeners, either because of the music, the lyrics or both. Back when consciousness was sorely needed in the 80s, KRS-One and Scott La Rock formed Boogie Down Productions and released the landmark debut set "Criminal Minded" in 1987, a hard-hitting sample-filled classic featuring the slammer, "South Bronx" (a comment on the origins of hip-hop and a response to an ongoing 'beef' with MC Shan).

But unnecessary violence between gangs saw Scott La Rock cut down in his prime, prompting KRS-One to reassess life and form the Stop the Violence Movement. BDP then released the excellent "By All Means Necessary" album in 1988 with the message, "Stop the Violence in hip-hop". Fast-forward another 20-odd years, and KRS is still going strong and still has something to say with a new EP due out in the autumn called "Back to the L.A.B.". It stands for Lyrical Ass-Beating and I'm not arguing with him.

He has announced a few UK shows to support this release, as well as follow up the compilation "Playlist - The Very Best of KRS-One", released in January. All gigs are in October beginning with the HMV Forum in Kentish Town on the 2nd, Edinburgh's Liquid Rooms (7th) and Birmingham's newly-opened HMV Institute (23rd). Tickets are available now priced at £14 - £18.50 plus fees.

KRS appears on the new album 'Universal Language', which is available now as a free download (check the 'Universal Language [Free Download]' link to the right). The album features 22 tracks, with rappers such as Chali 2na (Jurassic 5/ Ozomatli), Virus One, DJ LD of Technicali, DJ SnagNeto and many more, released via Caddy One records. The album is also available as a limited edition CD and album, with bonus DVD material available, with the various editions going to the highest bidders. Check KRS' 'Temple of Hip Hop' myspace page for more info (link in the sidebar, to the right).