Elementary, my dear reader - discover The Secret of Sherlock Holmes in the West End, summer 2010 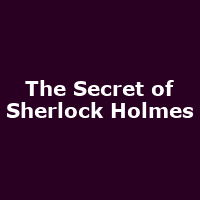 The Secret of Sherlock Holmes

Well, it seems that time has finally been called on the disappointingly-reviewed Fantasticks. However, every cloud has a silver what-not and in its place will soon be the topical play, "The Secrets of Sherlock Holmes" which will open at the Duchess from 15th July onwards (although there are some press-previews running beforehand).

This production was originally aired in the West End in 1988 (with Jeremy Brett) and, with the recent Guy Ritchie film creating interest in the character, tickets are sure to shift pretty quickly. They are on sale now and cost from Â£21.40 each.

"The Secret of Sherlock Holmes", 2010 style, will star Peter Egan (BAFTA-winner - "Ever-Decreasing Circles") and Robert Daws ("The Royal") and follows on from its earlier incarnation at the Richmond Theatre. The play deals with Holmes' relationship with his trusty sidekick and lodger, Dr Watson, an ex-Army medic who relies on Holmes for a roof over his head, but ends up helping Holmes solve some of the most intriguing mysteries ever to appear in print.

This production is written by Jeremy Paul and continues its run until September.

We are pleased to be able to offer you half-price tickets for weekday matinee performances and top seats for just Â£20 (usually Â£40) for all performances from 19th July. Click the "Book this Offer" button below for availability.