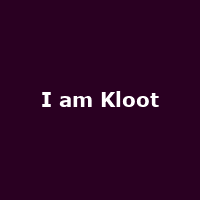 Some bands seem to take a long time to get any recognition, regardless of how delicious the music has been. Not surprisingly, style over substance sometimes seems to be the order of the day. So is it about time that I Am Kloot earned respect (or at least enough to pay the rent)? I have a feeling it is, especially after listening to their new album "Sky at Night", their fifth album and released, erm, on the 5th July.

Obvious comparisons to Elbow could possibly be attributed to Guy Garvey and Craig Potter producing it, yet the haggard vocals and sweeping melodies are very much a trademark of the Kloots. Check out "To The Brink", a sad and mournful paean to alcoholism - really stunning. Don't think that this association with the Mercury winners is glib cashing-in - they have known each other for over a decade and Garvey produced their 1st album in 2001.

So, it looks like I Am Kloot are a worthy hot ticket for the future, which happens to coincide with a trio of new dates announced for the autumn. The band will play Bristol on 28th September, London on the 29th and Nottingham on 5th October. Tickets are Â£14 - Â£16 plus fees and go on sale from tomorrow (6th July).

Prior to this, IAK will appear at a record-store PA (acoustic) TONIGHT in Manchester's Piccadilly Records as well as a slot at the upcoming Greenwich Summer Sessions in July (25th).