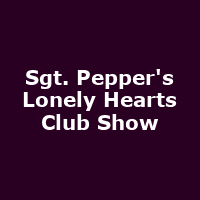 It's all about the legacy, and it is something that The Beatles certainly left behind in spades. In their relatively short history they released some cracking music (certainly in the mid 60s) that has inspired many kids to pick up a guitar, a pair of drumsticks or a microphone and practice a few songs from their timeless catalogue.

1967's "Sgt Pepper's Lonely Hearts Club Band" is a concept-album of sorts, with the Fab Four performing as the band in the title and delivering classics such as the title-track, "Good Morning, Good Morning", "When I'm Sixty Four", "Lucy In The Sky With Diamonds" and "With A Little Help From My Friends" [Mate - don't forget "A Day in the Life" or "She's Leaving Home"! - Ed the Beatles fan]. Since the big break-up a few years later, "Sgt Pepper's" has been the subject of a film, been converted into a tribute album (the NME one), covered in its entirety by Cheap Trick and, erm, the Easy Star All-stars (in dub reggae style) and even endorsed for a console game (Beatles: Rock Band) a little while ago.

It has also been the subject of this acclaimed show performed by a rotation of top Liverpool musicians, and is now heading back on the road for another national tour. Divided into three 'acts', the show features the whole album played from start to finish, another chunk of mid-period Beatles followed by a short encore of 'Mop-Top' favourites from the early days. A real treat for Beatles fans. The tour itself begins on 4th November in Ipswich and continues until 3rd December in Hastings, calling at a fair few places such as Southend, Plymouth and Dundee.

Tickets are on sale now priced at Â£24.50 plus the usual fees. There isn't a support act as such - you really won't need one since you'll be getting three phases of Beatles every night!