Hands to the lazers! - Clubland 4 Autumn 2010 tour to be headlined by Scooter, Tinchy, Aggro, Roll Deep and Ultrabeat 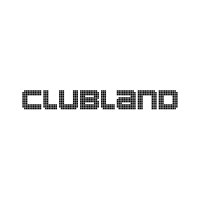 The successful brand of 'Clubland' is back for an autumn arena-tour, as well as the recent release of the latest instalment of its album series, this time "Clubland 17" (you have seen it pumping out of your TV, midway through James Corden's World Cup vehicle). The 'live' version gathers together some big names from the world of full-on clubbing and the urban scene, giving you a non-stop party in an arena near you (unless you live in Penzance or Wick).

Headlining-act, German techno-ravers Scooter, have been busy plugging their recent album "Under The Radar, Over The Top" with numerous singles and live shows around Europe. Despite not hitting the heady heights of the number 1 album "Jumping All Over The World", the band are still hugely popular and a major pull for this event. Other performers include another number 1 artist, Tinchy Stryder (new album due in November), British dance trio Ultrabeat, grime-collective Roll Deep (Tinchy was a former member) and rising rap star Aggro Santos (recent hit was "Candy" - new album imminent). Other acts are to be confirmed.

The October Clubland Live 4 Tour kicks off in Belfast (25th), Birmingham (26th), Glasgow (28th), Newcastle (29th) and finally Manchester (30th) with tickets having just gone on sale at £28.50 plus fees. Please note that some venues will have an age-restriction in place for this event - check first! [standing tickets restricted to over 14's for most venues - Ed].