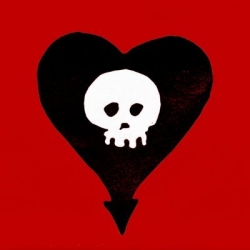 They will play Islington's Relentless Garage on Wednesday 25th August and Cardiff's Millennium Music Hall on the 26th. Cardiff tickets are on sale at £14 plus fees right now so get in quick - London goes on sale in the morning at 9am for a few quid more.

These men have been pummelling your eardrums in the sweetest possible way since 1998's "Goddamnit" album, yet didn't really reach a wider audience until 2003's "Good Mourning", a Top 40 album success both sides of the Atlantic. For 2010's "This Addiction", they eschewed working with a major and opted to start a label of their own (in collaboration with crack Bad Religion-owned Epitaph Records) in order to return to their early sound. It certainly hasn't hurt them, sales-wise. Fans bought enough of it to push it to number one on various alternative charts in the US. They've even added a trumpet and sax to the line-up for a couple of numbers. Enjoy.