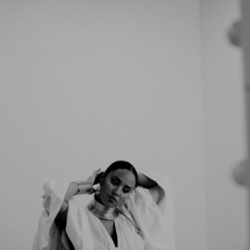 Singer Geoffrey Gurrumul Yunupingu (AKA Gurrumul) has been forced to cancel his July UK/ Europe dates due to illness it was announced on Tuesday. The blind indigenous Australian singer and musician was due to play WOMAD on 23rd July, and the Barbican (as part of Blaze) on 24th, along with Cuban singer Mayra Andrade.

In a relatively short time Gurrumul, who sings in his native Yolngu language captured the hearts (and ears) of the music world with the 2008 release of his eponymous debut album garnering multiple awards and rave reviews, including a four star review from our own Andrew Lockwood, who had this to say:

This is a fine album of rich textures, sung very beautifully, and would surely enhance any collection. If you haven't done so already give it a go, you wont regret it.

You can count on one finger the number of times that he has previously played live in this country, so it's a great shame he cannot make it. The Mayra Andrade date will now feature Trinidadian legend Calypso Rose. The event is part of the "Blaze" season taking place at the Barbican between Monday 19th and Saturday 31st July, which will feature the likes of Toots and the Maytals, Youssou N'dour, Bassekou Kouyate & Ngoni ba, Gilles Peterson and Roberto Fonseca, Bela Fleck, Zakir Hussain and Edgar Meyer, Staff Benda Bilili, Taraf De Haïdouks and many more.

More info on Blaze can be found on the mini-site: www.barbican.org.uk/blaze/whats-on