While you see a chance, take it - Steve Winwood to appear at the Roundhouse for one-off October 2010 concert 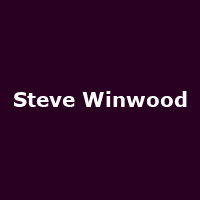 It seems quite apt to see Steve Winwood at the Roundhouse, after all the venue is round in shape and Winwood's career has recently come full-circle with a recent compilation album fittingly entitled "Revolutions", released a few weeks ago.

The guitarist has had a pretty impressive career to date, notching up an impressive 50 years as an active artist (give or take the odd month). Naturally the album covers his time with Spencer Davis Group, Traffic, Blind Faith and his solo work for which he is best known. "Valerie", "While You See a Chance" and "Higher Love" were his key songs from the late 70s onwards and no doubt you will get to hear much of this material, as well as a few special moments from the accompanying 4-CD box-set also called "Revolutions".

Winwood will play the Roundhouse in London on Monday 18th October with tickets priced at Â£30 plus fees. They go on sale at 9am on Friday and are sure to fly out, if tickets for his recent collaboration with his old Blind Faith sparring-partner Eric Clapton are anything to go by - they played together in May of this year at the Royal Albert Hall.

October is now looking better for regional Steve Winwood fans, with dates being added in Cambridge (19th), Bristol (20th) and Liverpool (22nd), with presumably more to be announced. Tickets for all October dates go on sale Friday 2nd July at 9AM, except Liverpool, which goes on sale NEXT Friday (9th) at 9AM.