London laughs - forget the football, catch a comedy show in the Capital, Summer 2010 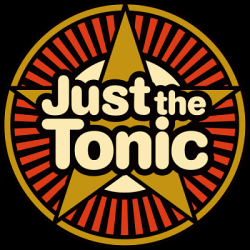 Let's be honest, it isn't just the football that's peed on our chips lately is it? Stiffer taxes, higher food prices and the 127th series of "My Family" is being recorded right in the middle of runway 2 at Heathrow during peak flying-time - ah well, we can but hope. Here then is a selective guide to some of the best comedy clubs in Central London, regular or irregular, and their upcoming gigs for the next few weeks or so.

All prices + booking fees. For ticket availability, click on the images, below, or scroll down for the full event listing.

Not surprisingly, the middle of London houses dozens of comedy clubs but the main cluster is in and around the West End and Soho environs. Just outside the cusp of Oxford Street is The Fitzroy Tavern, home to the Wednesday Pear Shaped Comedy Club which is fast gaining a worthy reputation for cheap laughs (not literally, just financially) for £5 a pop. Compeers Brian and Krysstal attempt to stop the whole thing "go tits up". Next show is on the 30th.

Just The Tonic Comedy Club is situated in the Leicester Square Theatre and normally resumes performances on Fridays and Saturdays, with most evenings costing a tenner or less. Will Smith (the English version) appears this coming Friday and Saturday, Andrew Bird the following weekend (9th / 10th July) and Simon Lipson (16th) and Stewart Lee (17th) during the following weekend. Click on the venue name for further scheduled appearances at this club.

If you fancy riding the high seas (oh OK, the Thames then) when having a chuckle, why not give the Boat Show Comedy Club a try? Situated near to Charing Cross BR / Embankment Tube, this floating world of comical nirvana (it's a boat) holds its performances on Fridays and Saturdays with four comedians, four bars and food available. The next night is on Saturday 3rd July for just £12.50.

For something a little more niche, try the 'straight-friendly' world of Comedy Camp, based in the Barcode venue on Shaftsbury Avenue. Every Tuesday the very best in gay and straight comedians hit the mic including Zoe Lyons and Nick Revell (tomorrow evening), Shazia Mirza and Simon Happily on the 6th and Jo Caulfield and Robin Ince on the 13th. Tickets cost from £8, a bargain in anyone's world.

Finally, Cheeky Chappies might sound like a shop that sells baby-grows and three-wheeled buggies in Richmond, but was in fact a comedy club based at the Thistle Hotel in Coventry Street. Now it hosts the more obviously-named The London Comedy Club from Wednesday to Sunday every week and brings you a line-up that includes award-winning comedians, 3 for 2 drinks AND free admission to a selected nightclub in the area. Click on the link for further details.

We will feature clubs in the outer regions of London very soon! Happy clicking.