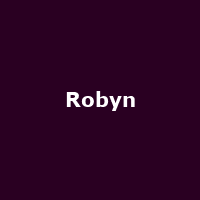 Sweden's answer to P!nk and just as feisty is Robyn, the lady who finally crossed-over to the mainstream big-time in 2007 with "With Every Heartbeat". Prior to that number one smash however, Robyn had already racked up a few sporadic hits with "Be Mine", "Handle Me" and "Show Me Love" (not to be confused with the Robin S tune of the same name) [not to mention the rather nice summer 2009 single 'The Girl and the Robot' by Röyksopp featuring Robyn - Ed]. She's just recently recorded another big hit with the track "Dancing On My Own" and, with it, has announced her album plans and a UK tour.

The album is part of a trilogy entitled "Body Talk" and the first instalment got a release a couple of weeks ago. The more astute fan will have noticed there are just eight songs on it - Robyn has explained that she'd rather "split the albums up" into shorter chunks than unleash a 20 - 30 track monster. Fair enough - who's going to argue when the first track is called "Don't F***ing Tell Me What To Do"? The remaining albums will be released later this year or the beginning of next year.

October sees Robyn return to the UK to support the trilogy, starting in Glasgow on the 18th, followed by Manchester on the 19th, Brighton on the 21st and Shepherd's Bush on the 22nd. Tickets have just gone on sale today and cost between £15 and £16.50.