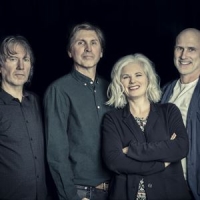 In 1987, a gaggle of musicians entered a church in Toronto, Canada and set up their instruments for what was to become one of the most highly sought after recordings released in 1987. Cowboy Junkies, a little known band of performers had already released one album ("Whites Off Earth Now") to muted applause, so how in the hell was an idea like this going to take-off? Well, it could be down to the intimacy and atmospherics of the church, the skill of the performers or the choice of songs (mainly covers of roots-standards). More likely, it is a mixture of all three factors and nearly 25 years later, and several top-notch albums later, Cowboy Junkies have created a rather engaging legacy.

New album "Renmin Park" has so far been warmly received and now you have a chance to see this impressive and mysterious band once again with the announcement of three new UK dates, part of a short European hop. The dates are 7th November in Glasgow's Royal Concert Hall, 8th November in the rather nice Manchester Monastery and the 9th at London's fabulous Union Chapel. Tickets for London and Manchester are £25, tickets for Glasgow are £23.50.

"Renmin Park" is apparently one of a series of new albums to be released over the course of the next year or so. Entitled the "Nomadic Series" and containing 4 volumes, it is highly likely you will get to hear extracts from one or two of them at the gigs, as well as classic tracks from their catalogue. I do hope they play "Blue Moon Revisited", one of their finest 4 minutes.

The 7th November Glasgow date will now take place at the Old Fruit Market instead of the City Halls.