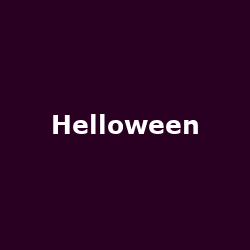 Recent albums have included a revisit to the "..Seven Keys" subtitled "The Legacy" and a collection of rerecorded classics in 2009 entitled "Unharmed", an album that saw the band employ strings and acoustics to celebrate 25 years of Helloween. Admirably, the band has announced a new 2010 set that promises to "hit you right in the face", according to bassist Grosskopf. The title has yet to be confirmed but the release date has been set at October 31st, Halloween. Of course.

The band will play just one UK date (so far) to support the new material - Sunday 5th December at the Kentish Town HMV Forum. Tickets are now on sale, priced at £20 plus fees. There is a likely chance these will shift pretty quickly since Helloween don't often play the UK.