Eric Burdon and The Animals set for August 2010 homecoming show 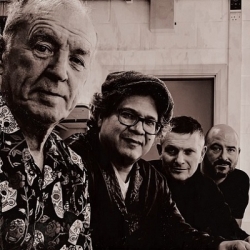 It is not often that Animals front-man Eric Burdon is over in the UK, so, when we hear of a homecoming date for the Geordie singer, who now spends most of his time over in the US, we get pretty excited.

Eric and The Animals will be playing a special homecoming show at the Newcastle Academy on 8th August, which will be the first such show in the UK for aeons - he was over in the UK at the Royal Albert Hall in 2008 as part of the reformed WAR for a solitary date.

The band split in 1969 and 1984, but since then there have been many incarnations, including Valentine's Animals, Animals II and the present The Animals and Friends, featuring original drummer John Steel, as well as (of course) 'Eric Burdon and The Animals'.

So far, it seems there is only one date planned for the singer and his band, famous for the international hits 'House of the Rising Sun', 'Don't Let Me be Misunderstood' and 'We Gotta Get Out of this Place', amongst many others.