80's Rewind - The Christmas Tour 2010 set to bring back the heady days of Pac-man, perms and pretty-boy pop 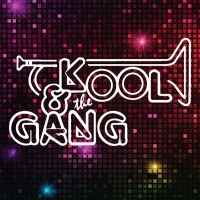 Starting to become a regular feature on the live revival circuit are all-dayers devoted to the 80s, featuring some of the top pop names from that decade. Give it a few years and there will be Brit-Pop festivals all over the place with Paul Weller, Damon Albarn and Roni Size all vying for your attentions in a field just West of Dunstable. Scoff not, because the line-up for the 80's Rewind Christmas Tour certainly isn't because there isn't a cast-iron has-been amongst them - hit-makers the lot of them.

From the makers of the Rewind Festival, this special assemblage of heroes and legends from the happy days of BMX, Rubik's and Ray-Bans will begin the tour on Tuesday 30th November and finish on Thursday 9th December, covering the usual big cities from Birmingham to Bournemouth. The London date is at the Wembley Arena on 1st December. Tickets cost Â£37.50 plus booking fees and the full list of concerts is below.

The line-up includes Kool & the Gang, ABC, Go West, Howard Jones, Sister Sledge and The Christians, all of whom have a veritable array of memorable chart-hits under their collective white belts. Performances will generally start at 7.30pm giving each artist around 30 minutes performance time. So if you want to treat someone this Christmas, give them the gift of pop music rather than leg-warmers or a re-conditioned NES.