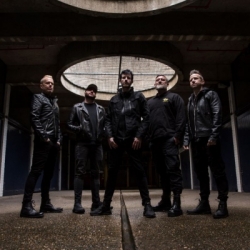 Following the massive success of the album "Immersion" and in preparation for their big appearances at Reading and Leeds, Pendulum have announced a special exclusive, never-to-be-repeated warm-up gig in Cambridge! The city's Corn Exchange will host the special show on Thursday 26th August with tickets going on sale at 10am this Friday, priced at £22.50. Demand will be high so make sure you're ready with that mouse!

The Aussie sextet has also announced a new single, the follow-up to "Watercolours". Taken from the album, "Witchcraft" will be unleashed on the 18th July and has been chosen in light of its performance as a download when the album first got a release.