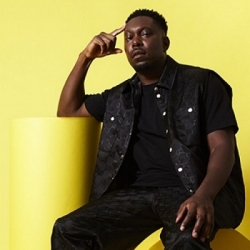 Running alongside the Edinburgh Festival is The Edge Festival, dedicated solely to music from most genres but predominantly pop and indie, some big names, some not so big, but no less interesting. Dizzee Rascal, Plan B and Doves suit you for starters?

The festival, featuring several venues across the Scottish capital starts on Thursday 5th August with a performance by Stornoway at the city's Liquid Rooms. The Oxford-band are fast becoming a must-see, prompted by the rather moreish album "Beachcomber's Windowsill", released last month. The festival then continues until Tuesday 31st August, with plenty to look forward to, with some of the highlights below:

Other highlights include the long-awaited return of Mull Historical Society (14th - Electric Circus - £15.25), a Soma Records night at the Cabaret Voltaire (20th - £9.70), Field Music at the Capital (23rd - £10) and the co-performer of the unofficial World-Cup theme "Shout", Dizzee Rascal at the city's Corn Exchange on the 26th - tickets £22.75. Scroll below for the complete line-up!