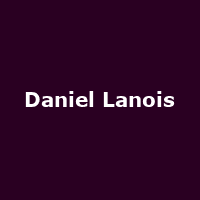 Daniel Lanois has been forced to cancel his Black Dub tour following a motorbike crash which has left him in intensive care.

The renowned Canadian producer, musician, singer and songwriter was due to play a date with his project "Black Dub" at the Jazz CafÃ© on 27th July, but following a crash at the weekend, has cancelled all tour commitments. Daniel's credits include work with U2 (Joshua Tree, Achtung Baby, All That You Can't Leave Behind) as well as Peter Gabriel, Bob Dylan and many other such alumni.

It is understood that he will be released from intensive care soon with the debut Black Dub album being released "when circumstances permit".

We are pleased to report that the 2010 Jazz Cafe dates have now been announced and will take place on Sunday 31st July and Monday 1st August.