Flawless 'Chase the Dream not the Competition' on the UK stage, Summer/ Autumn 2010! 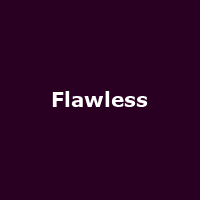 Despite not making it to the top three finalists of Britain's Got Talent last year, street dance crew, Flawless are going places indeed! Fresh from featuring in the dance flick, "Street Dance 3D", released last month, alongside Britain's Got Talent's winners, Diversity, Flawless have announced a series of shows, aptly titled 'Chase the Dream not the Competition' for September and November. The troupe will show off their flawless routines at the Oxford New Theatre and the Bristol Hippodrome, respectively on 17th and 21st September, then at the Manchester Palace Theatre on 12th and 13th November, with more dates very likely [watch this space! - Ed].

Prior to that, the crew will stage a three-week residency at the Underbelly in Corn Barn as part of the Edinburgh Fringe Festival, from 5th August to 25th August.

Tickets for the Flawless' Edinburgh festival residency are on sale now, starting at £8 for the first two preview dates and between £13.50 and £16.50 for the other dates. Tickets for their autumnal dates are priced at £23 plus booking fee.