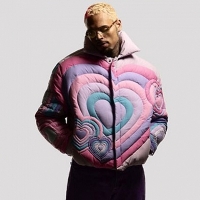 American singer Chris Brown has been forced to cancel his UK tour after being denied an entry visa to the UK.

The singer pleaded guilty to assaulting Bajan singer, and former girlfriend Rihanna last February, which is the reason for Brown's visa rejection. The singer was due to kick-off his UK tour tomorrow in Glasgow, with further dates in Birmingham, Manchester and London, as well as a date in Cork as part of the Irish "Live at the Marquee" festival series, after which he was due to head to Dublin and Castlebar.

The UK dates have been "postponed", but, with the UK government refusing entry due to him being convicted of a "serious criminal offence", it will be some time before he steps a foot onto UK soil.

Ticket-holders are being advised to hold onto their tickets. Hmm... you may need the patience of a saint, which clearly Mr Brown does not.