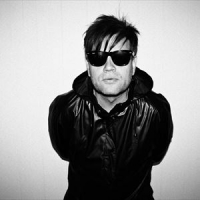 It feels like Trentemoller has been around for years and years, in a good way of course, yet the man has only just recently released his debut studio album. Called "Into the Great Wide Yonder", it is a subtle yet heady mixture of sophomore ambience and clean techno-lines, replete with glacial melodies and guest vocalists.

So, just what has this talented producer been up to in the meantime? Busy remixing other people's work, I will wager - Royksopp, Pet Shop Boys and Depeche Mode have all had the deft-twiddling of knobs applied to their songs. But he has also released a pile of his own 12" and downloads, including the rather lovely "Miss You".

One thing he hasn't been doing too much of is touring, certainly not in the UK at any rate. However, that is about to change with the announcement of two dates in October, one in London at the Camden Roundhouse (24th - Â£17.50) and one in Manchester at the Academy (25th - Â£15). Expect a set of performed tracks from his latest album, plus a run-through of new and unreleased gems from this often-celebrated yet, in the UK, constantly over-looked sound-smith from Denmark. A pair of sizzlingly-hot tickets.