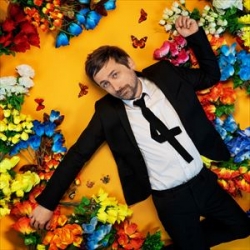 On the beautiful west-coast of Ireland sits the city of Galway, subject of many an Irish lament, traditional or contemporary. There will no doubt be plenty of Celtic heritage on display at this year's rather attractive Galway Arts Festival, a fortnight's worth to be exact.

Starting on Monday 12th July and concluding on the 25th, the acclaimed festival will present a variety of music, arts, talks, comedy, dance, food and beer plus the usual Irish hospitality and craic. Tickets are available for individual gigs only, due to many taking part in various locations in and around the city.

Music is provided by some big names including The Divine Comedy (15th - Radisson), O Emperor (15th - Roisin Dubh), Rodrigo Y Gabriela (20th - Festival Big Top), Teenage Fanclub (23rd - Radisson), Josh Ritter (23rd - Festival Big Top) and The Human League on the 24th at the Festival Big Top. Tickets for the Big Top performances are 36.50 and are on sale now. The real coup here though is tempting jazz-maestro pianist Brad Mehldau to perform in the Radisson on the 12th - 35 for tickets.

There is plenty of theatre and dance to be had as well, including the Irish premiere of "Political Mother" by Hofesh Shechter (20th - 24th, Black Box), plus comedy headed up by Reggie Watts (20th - Cuba) and Reginald D Hunter (21st and 22nd, Roisin Dubh) as well as many other cultural delights ranging from An Evening With Ian Rankin, the creator of Rebus (20th July - Radisson) and a Henri Matisse exhibition ay the city's museum. Good stuff.