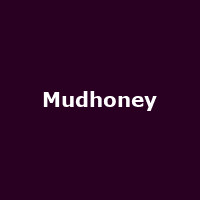 It isn't often we gel two separate tours together in the same article, unless it's a spot of the old Fat Friday or The Week Ahead of course. But here we have two very influential bands that one Kurt Cobain got considerable inspiration from. They have also toured together and share the same record-label, Sub-Pop.

Their recent album "Lucky Ones" slipped under the radar a bit in 2008, but the band are keen to soldier on with it, plus their back catalogue successes. At ATP in New York, for example, they are due to replay "Superfuzz Bigmuff", a true-landmark of an album that pre-empted the so-called grunge-scene by a good few Alice In Chains riffs. Now they are set to play a few Ireland dates before heading to Newcastle (4th Oct), Brighton (5th), Camden (6th), Leeds (7th), Aberdeen (8th) and finally Glasgow on the 9th. Tickets are on sale now at around £15. Blisteringly good value for a legendary band.

Less well-known, but no less important, are Edinburgh's The Vaselines who formed in the mid-80s and released two fine EPs containing songs that were to adorn Nirvana albums during their short-lived world-domination. "Son Of A Gun" and "Molly's Lips" ended up on "Incesticide" whilst the rather lovely "Jesus Wants Me For A Sunbeam" appeared on the million-selling "MTV Unplugged" set.

And we couldn't leave you without mentioning the wondrous Teenage Fanclub, another Cobain favourite. Apart from their nearly-sold out date at Shepherd's Bush (a few box office collection tickets are still available), they have been confirmed to play the Galway Festival on 22nd July. Oh and their new album is rather good - check out our review!