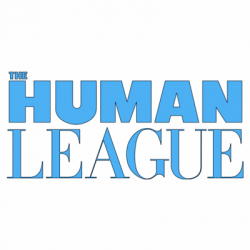 Although the name The Human League appears in schedules occasionally (the odd 80s tour and festival appearance, such as this year's Guilfest - 17th July and the Galway Arts Festival - 24th July), it has been nearly ten years since Phil Oakey and co last released any new material, the last of which was "Secrets" in 2001. That album was ravaged by problems caused by the band's label - Papillion went bankrupt at around the same time, a pity because it wasn't a bad album. Hopefully, this year will mark a more fruitful return to the live-arena and recording-studio.

The Human League remain as a trio and will no doubt swell in numbers for their newly-announced autumn/winter UK tour, beginning in Norwich on 29th November and continuing to Halifax (30th), Sheffield (1st Dec), Bristol (3rd) , London's Royal Festival Hall on 10th, The Sage in Gateshead on 13th, ending at Leicester's De Montfort Hall on the 18th, with many dates in-between. Tickets are around £25 for all except London, which starts at £20, rising to £30.

The threesome's next album is set for release prior to the tour and will appear on Wall of Sound. If you harbour any doubts as to that label's chops, check out their efforts with the recent Grace Jones album, where quality-control was certainly at its peak - I have a feeling this will be a cracking League year.