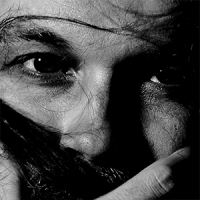 Well, what a bizarre turn around of fortunes Mr Dangerfield has experienced this year. His 2010 debut solo album "Fly Yellow Moon", looked as though it was slipping off the radar at one point after its release in January. But, along came a certain large high-end department store (the 'nation's favourite', no less) and featured Fyfe's delicate piano-led cover version of Billy Joel's "She's Always A Woman" all over their home and style adverts in the spring. Result? Hit. The album sneaked back up to number 12, complete with extra tracks including the aforementioned cover.

To cope with all of this new attention, Dangerfield has announced a handful of new dates, due to be played in September starting with Manchester's Sound Control on the 16th and followed by Nottingham (17th), Bristol (19th), Oxford (24th) and Leeds (27th). Tickets go on sale at Wednesday at 9am priced at Â£12.50.

The Guillemots frontman is also set to play a massive charity-fundraiser in Manchester on 15th July at the MEN Arena, alongside Amy McDonald, Pixie Lott, Gabriella Cilmi, Scouting For Girls and loads more pop-heads. Tickets are Â£25 and a proportion of the money will go towards Help For Heroes, Nordoff Robbins Music Therapy and The Christie Charity (plus more) and also celebrates MEN's 15th Birthday Bash.