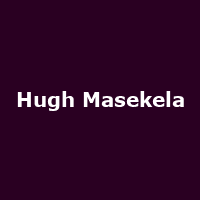 If your interest in all things South Africa extends beyond the World Cup, then the South Bank appearance of one Hugh Masekela should have you chewing feverishly on your biltong. A true trumpeting legend from the hard-bitten African country is playing a special concert at the Royal Festival Hall on 12th November, backed up by the stunning vocal group, Mahotella Queens.

Masekela has carved himself a unique path on his journey through some of the toughest times - he began his playing career in the group, Jazz Epistles with Abdullah Ibrahim back in the late 50s and since then has worked with the late Johnny Dankworth, Yehudi Menuhin and Harry Belafonte before hitting the big-time with "Grazin' in the Grass" and an appearance at the Monterey Pop Festival in 1967. He has also worked on Paul Simon's "Graceland" (as did the Mahotella Queens) and toured with other S.A. musicians such as Ladysmith Black Mambazo and Miriam Makeba. His most recent album was "Phola", released last year.

Mahotella Queens have been singing since the mid-60s and, boy, can they trill like song-birds. They fuse Zulu and gospel rhythms with joyous and moving vocals. Seeing the two together is surely a treat.