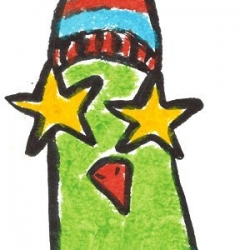 August is approaching which can mean only one thing (two if you count a wet Bank Holiday) - yes, it's the time of the Camden Fringe Festival. 2010 marks the fifth anniversary of this ever-growing month-long event that encompasses, comedy, theatre, song and dance and monologues from new, and not so new, performers from all over the UK.

All tickets cost just £7.50 and, as there are just too many to list here, here's a taster of what to expect in August:

Unsurprisingly, comedy stand-up and sketch-groups feature prominently (the festival is curated by the comedy company, It's Alright For Some Ltd), especially at The Camden Head venue. Pick of the bulging bunch includes the dry, dead-pan delivery of Gary Colman who is appearing in two shows during the month. His first is entitled "Gary Colman Is Very Rarely Rong" and runs from 16th to 18th while his second has been blessed with the moniker "Not As Cool As He Might First Appear", running from 27th - 29th.

Earlier in the month, James Mullinger brings his "Schooldays" show to the same venue, giving us an insight into, erm, his schooldays. Endorsed by Jimmy Carr as "a great stand-up", he plays two shows on the 6th and the 7th. If it's more teenage school-memories you're after, try Kevin Precious' "Not Appropriate" show on the 10th - 14th at The Sheephaven Bay pub - Kevin used to be a teacher, identifying the title of his show as "the most over-used canon in the teacher's canon" (nowadays it's, "stop firing that Tech-9 at the windows, this instance!").

Hal Cruttenden is looking 'Lively' when he brings his show fit for the 2009 Royal Variety Performance to the Camden Head on 16th to 19th. He's a funny man, as indeed is occultist-crazed Andrew O'Neill who brings some lovely dark humour to the Camden Head on the 10th and 11th. Mike O'Donovan is also worth a watch with 4 dates from the 2nd to the 5th at The Sheephaven Bay, claiming that "you wouldn't pick him out of the pound". You might just laugh at him though.

My pick of the month, being a curmudgeonly old git [no, really Paul? - Ed], would have to be Robin Ince and Micheal Legge appearing in their sulk-a-thon, "Pointless Anger, Righteous Ire" at the Roundhouse Studio on the 3rd and the 5th. The tetchy pair will work out whether it's even been worth turning up on the night and even if they do, the bloody place will be too dark or cold or whatever. Later on in the month (23rd to 27th) Robin asks "Why?" at the Camden Head.

Jack and the Rhythm Chicks

Finally, a few interesting plays and monologues stand out from an impeccable programme. The song-and-dance mini-extravaganza, "TAPtrickz and DRUMstickz", stars Jack and the Rhythm Chicks as they take you on a journey through the history of contemporary tap and musical fusions. It will appear for one day only on the 5th - 6pm start, looks interesting and plays at the Roundhouse Studio.

Aindrias de Staic tells the story of an Irish violin-player who is desperate to discover just what his purpose in life is, while travelling the world and avoiding Irish theme-pubs. Surely impossible. Anyhow, the show is called "Around The World On 80 Quid" and plays at The Camden Head on 5th to 7th.

The Elephant Man is a classic tale about a disfigured man who is resigned to being a freak-show in Victorian England. It's a story of bravery and human conditions, not only of Joseph Merrick, the man at the centre of the true story, but those around him who use him for their own greedy ends, despite showing initial hostility then sympathy. The Tony-award winner plays at Upstairs At The Gatehouse in Highgate Village from Saturday 7th to Thursday 12th.

Check below for ticket availability.