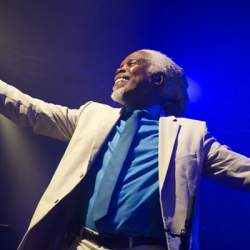 IndigO2 has proved to be a useful little venue since its conception in 2007 and, while its bigger sister The O2 Arena has hosted several soul legends in its 23,000-capacity space including Stevie Wonder and Tina Turner, the smaller yet perfectly formed IndigO2 club continues to pull in the kind of artists who might not sell out stadiums anymore (or perhaps never would have), but are guaranteed to delight 2,000 eager fans and punters alike. 2010 is no exception and, in light of one or two new dates just announced, we've pulled together the very best soul, funk and r 'n' b names coming your way in South East London.

New to the bill, and playing on Friday 16th July, are two legendary ladies who have achieved big things across the pond over the last few decades, yet never quite got the respect they perhaps deserved over here. Jean Carn(e) began life on the Philadelphia International label with a classy disco-soul set in 1977 and a minor-hit in "Free Love". In '78 she scored another hit with "Don't Let It Go To Your Head", a track that hip-hoppers Brand Nubian used on one of their tracks. But her stand-out tune is "Was That All It Was", recently used in the Oscar-winning movie "Precious". Alongside her is rare-groove chanteuse, Gwen McCrae who started out a little earlier in '75 with a hit in "Rockin Chair", before becoming the darling of the 80's rare-groove scene with the songs "All This Love That I'm Giving" and "Funky Sensation". Support also comes from the Jones Girls, another top-rated Philly act who recorded "You Gonna Make Me Love Somebody Else". £25 is a bargain, quite frankly.

His song "Suddenly" is gracing a drinks advert at the moment (the one with smiling lemons and limes tumbling into water - no I haven't been at the jazz-smarties again, it really does exist) but there is far more to Billy Ocean than adverts - he ruled the charts in the 80s and he still rules in some people's hearts. "Red Light", "Caribbean Queen", "When The Going Gets Tough" and "Love Really Hurts Without You" still get the crowds going - check him out on Wednesday 9th June for £25.

Atlantic blues and soul star King Solomon Burke (and orchestra) is probably more famous for having his "Down In The Valley" covered by Otis Redding (on "Otis Blue"), but he has had songs appear in "Dirty Dancing", written the fine soul-standard "Everybody Needs Someone To Love" and scored some critical acclaim with the blues-led album in 2002, "Don't Give Up On Me". As well as touring with Jools Holland and turned 70 this year and will embark on a world tour - this date on 25th July is part of it - so get to see a true master of soul, blues and country-roots. Tickets start at £30.25.

The final line-up has yet to be confirmed but rare-soul man, Leroy Hutson, is certainly appearing on Tuesday 19th August. Hutson fronted the rhythm-and-blues group, The Impressions, as a replacement for Curtis Mayfield during the early 70s. Big songs include "Feel The Spirit", "All Because Of You" and "Blackberry Jam". The event costs £35 - check back here for additions to the line-up. There is also the Magic Of Motown Stage Show running on 28th - 29th October, priced at £26 if Diana Ross and Stevie Wonder covers are your thing.

A disco-funk band who require little introduction - I just need to mention "Good Times", "Everybody Dance" and "Le Freak" to remind you of this Atlantic-signed act's contribution to night-clubs, parties and weddings over the past 3 decades! On Friday 10th September, founder Nile Rodgers will lead his charges (and audience) into mirror-ball ecstasy for £25. 'Yowsah' indeed.

With their brand of sweet-soul and choreographed suits, they made us all feel brand new in the early 70s (I barely remember it of course) and The Stylistics are still a major draw on the soul-scene today. For £20 on Tuesday 9th November, you can hear the hits and more including "Can't Give You Everything", "Betcha By Golly Wow" and "Brand New" from the sharp-dressers themselves.