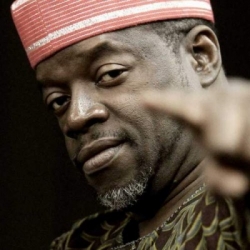 When Fela Kuti died of an AIDS-related illness in 1997, the Nigerian musician behind the Afrobeat movement had already made his mark in the worlds of music, politics and human rights.

In addition to the annual birthday tribute concert to a remarkable individual's incredible life, this year there's also a run of dates in London's West End. The dates celebrate Fela Kuti's life and work with a touring version of the hit off-Broadway show that scooped an armful of Lucille Lortel awards - dedicated to the off-Broadway scene - in 2009.

Sosimi's dedication to Afrobeat has been hugely influential and the tribute promises a collection of Fela's greatest work and tracks from Dele Sosimi's critically acclaimed albums Identity and Turbulent Times.

Tickets for the annual Fela Kuti birthday show are available on the door at the Jazz Club or in advance for Â£15 + booking fee.

The off-Broadway hit show, Fela!, is at the Olivier Theatre (at the Royal National) in London for ten shows between Wednesday 17 November and Saturday 4 December. The show promises to be unique blend of dance, theatre and music which explores the Afrobeat legend's extravagant and rebellious world.

The Fela Kuti sound is a blend of jazz, funk, African rhythm and harmonies and the show features many of his most captivating songs and Bill T. Jones' visionary staging.