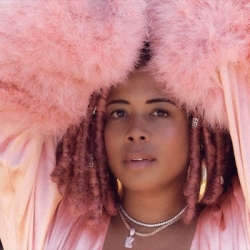 This week's Friday fatness looked positively slender at the beginning of the week and then along came Sting. Even with only two dates, he's probably responsible for the web being slow this morning as eager fans try to grab his tickets (ooer missus). We also have a welter of guitar bands, female chanteuses and a few 'horror' stories to remind you about.

Tickets go on sale Friday at 9AM. All prices + booking fees. For ticket availability, click on the images, below, or scroll down for the full event listing.

Gordon Sumner has certainly covered a few genres during his later work, mixing lutes and Elizabethan, Christmas and atmospherics and now his back catalogue with a full concert orchestra - bless him, he's called it "Symphonicity" to boot. As well as the two gigs (in Gateshead and London), he will release an album in July that will cover songs like "Every Little Thing She Does Is Magic", "Fields Of Gold", "Roxanne" etc. The live dates will feature a few surprises and different renditions, just to keep the whole thing fresh. Tickets cost £46.50 - £76.50 (Gateshead) or £51.50 - £91.50 (Royal Albert Hall) - £51.50 for balcony tickets Update: now sold-out!

Australian troubadour and raconteur Nick Cave brings his dirty, filthy blues-rock outfit Grinderman back to the UK for some devilish riffs and low-down-mucky rock n roll - oh, and a new album as well. Cave has spent ages and ages thinking up a new title for the second volume - we hear it might be called "Grinderman 2", so I guess there is no reason to ruin a consistent formula then. Anyhow, you can bet these tickets will sell out pretty quick - the man has a captive and devoted collective right behind him, be it for his Birthday Party, Bad Seeds, novels, films or facial furniture (or all five) and indeed, the raw Grinderman project. Tickets are £25 - £27.50 - no balcony tickets here!

Another band with a devoted following is Eels, starring the inimitable Mark Everett, a consistently engaging songwriter whose supporting musicians will unveil the third 'trilogy' album later this year (as reported in our news this week). Two live dates from their UK tickety foursome went on sale on Wednesday and, on Fat Friday, the remaining gigs in Birmingham (26th Aug) and Manchester (4th Sep) get unleashed.

Of a similar ball-park (OK, they sometimes wear big checked-shirts), is Drive-By Truckers who tread the alt-country path and aren't afraid to write a tune or six. They play five dates in November, Glasgow has just gone on sale and now Manchester, Birmingham, London and Brighton vying for your credit card details. Their 2010 album "The Big To Do" reached the Top 75 Album Chart (their first near-crossover success).

Stornoway are set to play their biggest London date at the Shepherds Bush Empire as part of their November tour. The band, fresh from last weekend's Radio 1 Big Weekend released their debut album 'Beachcomber's Windowsill' this week - which has been well received, critically (including a four star review by yours truly). The band will play a number of festivals this summer (WOMAD, Truck, Underage, Belladrum and more) and will step-out for a UK tour starting in Birmingham this November, ending on 17th November in London. Tickets will cost £11 regionally, £13 for London.

The number 1 rockers return to the UK in November on the back of the success of the album "Brand New Eyes". Six sexy dates around the UK should cover most of the population keen to see this tight young band - £22.50 gets you a ticket.

Bullet For My Valentine

Other metal acts with the will to play and the snails raised high include Bullet For My Valentine who racked up another Top 5 album with "Fever" recently - they play four arenas in December, including Birmingham, Manchester, Cardiff and Wembley. Tickets are around £22.50. Their Welsh colleagues Attack! Attack!, a slightly more punky outfit are also on the road, this time during October - dates cover Nottingham, Leeds, London and a few others with tickets costing about £8 - what a bargain. Their November Brighton dates is on sale now.

This legendary Irish leather and blues band have been around long enough to show those young pups a thing or two about rocking and riffing, so much so that they have just announced an extension to their previously-mentioned UK tour. New vocalist, Ricky Warwick, will be unveiled on no less than 13 dates from Aberdeen to Hammersmith and many points in between, including Ipswich and Southampton. Quality rock at quality prices - you won't be disappointed at £23.50 - £26.

The Ladies in the House!

Some very interesting ladies from all walks of musical life, also hit the road later this year. If urban RnB is your thing, how about seeing if Kelis has got what it takes to bring all the boys to the yard (I bet she regrets writing that lyric). Her new album has just hit the shelves - called "Flesh Tone", it features the fairly-successful single "Acapella", a move into the realms of electro-house. She plays two gigs in London and Glasgow during October, by which time another single from the album will be unleashed - "4th Of July" is released on the, erm, 5th July.

The rather more sedate folkster, Joanna Newsom, is the lady of the harp and plays more of her critically-acclaimed music in Bristol and Manchester in September - tickets are £25. The sweet tonsils of Rose Elinor Dougall can be experienced at three new showcase dates in Bristol, Birmingham and London's 100 Club. Tickets are only £7.50 - a true bargain for such a fine singer, her single "Find Me Out" is really quite a treasure.

And finally, if you like a bit of ghostly entertainment, what about two frighteningly good stage-shows? New tickets have been announced for the perennial "Rocky Horror Show", now due to play in Liverpool (4th - 9th Oct), Birmingham (25th - 30th Oct) and Manchester (15th - 20th Nov). These dates go on sale at 10am.

If you want a bit less 'Time-Warp' and a bit more gore, try the touring spectacle that is the "Circus Of Horrors", now with added ghoulish dates in 2011. Billed as the 'Four Chapters of Hell', you'll witness rock-music,dance and athletic performance, all in the name of grim.