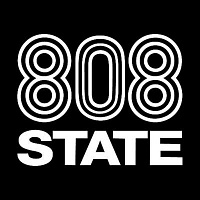 For lovers of the UK 90s dance-scene, there is a real treat planned for you in June at the Brixton Mass venue as some of the most important names in dance-music come together for one almighty party on Saturday 19th June.

808 State, N-Joi, Vula and N.O.P.P. will all play live sets throughout the evening, with DJ-sets promised from Darren Emerson, Dave Angel, Sonique, Lol Hammond and Booker T (plus more). Tickets are on sale now for this all-nighter, priced at £17.50. The doors open at 9pm and close at 6am the following morning (just in time to head out for brekkie!).

Graham Massey's 808 State carved a notch on the bedpost of club-classics with the graceful ambient-rave track "Pacific State" in the early 90s, a tune that still sounds fresh some 20 years later. Many more hits appeared including the guitar-enhanced Word-theme "Cubik", before heading off back into acid-house and remixing. Innovative, yet accessible, and a worthy reason to head to South London. Even Aphex Twin admits their importance to his early work.

Other highlights include the "Anthem"-creators from the hazy days of 'rave', N-Joi, plus DJ sets from two of the prime-movers in electronic music of the 90s, Darren Emerson and Dave Angel. Emerson was a key member of Underworld until 2000, working on their impressive "Dubnobasswithmyheadman" and "Second Toughest" sets (as well as "Born Slippy", of course) and remixing a variety of artists such as Chemical Brothers and Bjork.

Angel, like Emmerson, is also a purveyor of big, pretty melodies set to a punishing electro backdrop and his R&S output is second-to-none, as well as the track "Tokyo Stealth Fighter" (his only 'hit'). He is currently finishing off a new album with jazz-legend Roy Ayers and funk-leviathan George Clinton.

With many other decent names on the bill, this looks like a must for fans of classic UK club-culture.