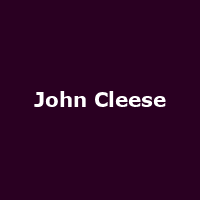 The legendary Monty Python and Fawlty Towers scriptwriter and all-round funnyman, John Cleese, has announced his plans to tour the UK in 2011 to "pay for his divorce" (or at least use the experience as a subject of new gags in his script)! The 70-year old has had all manner of expenses lately, including a taxi-fare from Oslo to Brussels costing thousands of pounds as well as the Â£12 million he has allegedly had to settle with his ex-wife. Ouch!

Apart from his recent history, Cleese is still revered as one of our most inventive and intelligent scriptwriters, as well as performing in some of the most memorable sketches on Monty Python ("Dead Parrot", "Cheese Shop" and the "Ministry Of Silly Walks" (actually not written by Cleese, but beautifully acted out by him), as well as its subsequent films. But his portrayal of the ever-vexed and hen-pecked hotel-owner, Basil Fawlty in Fawlty Towers is possibly his most perfectly-realized role. Lately he has appeared in James Bond films, co-written a graphic novel and recorded a series of podcasts - plenty to make an engaging routine from. These tickets will fly out. Just don't mention the war (with his ex-wife).