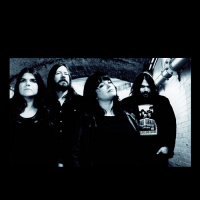 The Magic Numbers have today postponed their UK tour, moving it back to September, following delays in releasing their latest album.

'The Runway' will be the Ealing-dwelling band's third album, and is now due for release on 26th July, rather than the original 7th June date. The UK tour was due to kick-off just a few days prior to the release, starting in Leeds on 3rd June, but will now start at the Anson Rooms in Bristol on 24th September. If you can't wait that long, you can catch the familial foursome this Summer where they'll be playing the Hop Farm and Wickerman Festivals (both in July), The Big Chill and Standon Calling (both in August) and IvyLive in September.

Tickets for the September dates cost £14 regionally, £16.50 for London and remain valid for the new dates, but if it's not convenient, existing ticket-holders may obtain a refund from their point of purchase. I'll leave the last word to the last track on forthcoming album 'The Runway', perhaps designed to strike a chord [a diminished fourth - Ed] with June ticket-holders?