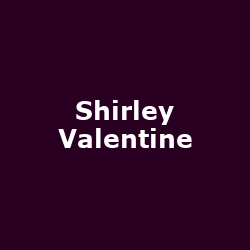 One of the UK's most revered playwrights, Willy Russell, has himself been quiet of late but there has been plenty of theatrical activity in London during the past few months, including the highly-regarded Willy Russell-season held at the Menier Choclate Factory earlier this year. Due to the success of the new productions of his two most-celebrated works, "Educating Rita" and "Shirley Valentine", they are both moving together to the London Trafalgar Studios for a continued run until October.

"Educating Rita" will begin its run at its new home from 8th July while "Shirley Valentine" begins on 20th July. Both end on the 30th October and tickets are now on sale, priced from £30.

"Educating Rita" has previously been a successful film starring Michael Caine and Julie Walters, and for this performance Laura Dos Santos and Tim Pigott-Smith play the parts of the frustrated hairdresser desperate for an education and the disillusioned tutor who attempts to better 'Rita's' future. "Shirley Valentine" has also previously been adapted for the silver-screen (with Pauline Collins) but for this fresh and hilarious new adaptation, Meera Syal takes up the title role of the middle-aged housewife, stuck in a rut and desperate for a holiday. Her best friend takes her to Greece and suddenly life is sweet. Both plays have been critically-acclaimed by Time Out and the Daily Telegraph - and we like the sound of them as well.

Russell's other famous work is "Blood Brothers" and it just so happens that this musical about two brothers whose life-paths take different turns, is playing at the Phoenix Theatre until 27th November. The two men both fall for the same woman and, not surprisingly, the troubles begin. Tickets for this show start at £55. The touring production is also playing at the White Rock in Hastings from 19th to 24th July (£19 - £29) and the Hippodrome, Birmingham between 11th and 23rd October (£22 - £37.50).