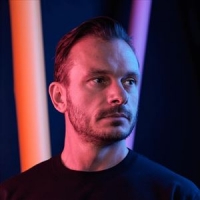 It appears that the O2 offshoot club-venue, Matter, has closed its doors at short-notice, prompting speculation from the press that the club may have shut its doors for good. This will obviously result in many dates either being cancelled completely or re-located to a nearby suitable alternative.

The first casualty is the Halcyon event due to take place tonight (21st) - however, this gig has been found a new home at Brixton's Fridge with all previously-purchased tickets valid for the big night (featuring Infected Mushroom, Atmos, Scamp and more).

As yet, other evenings have yet to be relocated and these include: Laidback Luke (29th May), Choice FM (30th), Ram / Andy C (4th June), Matthew Herbert (9th), Joey Negro (12th), Sven Väth (19th), Stanton Warriors (25th) and Kenny Dope (26th) plus any other nights planned for July and August. We will of course keep you posted of any rescheduled and relocated events affected by Matter's closure.

Meanwhile, you can show your support by joining the hastily constructed 'Save Matter' Facebook page here: www.facebook.com/group.php?gid=128056407208703