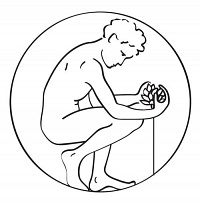 Back in the 80s, apart from all the hair lacquer, eyeliner and yuppies, there were a few decent bands that were overlooked in the main. Perhaps it was the lack of a hunky lead-singer or voluptuous nymphette that turned people off The Lotus Eaters. Maybe it was the fact that their songs were a little, erm, twee in places. Either way, Jem Kelly and Peter Coyle were music-outcasts much like other related Liverpool acts such as Wild Swans (Kelly joined them for their classic "Bringing Home The Ashes" album), Care, Pale Fountains and Shack.

But in 1983, attention from that bastion of great taste, Radio 1, stuck their single "The First Picture of You" onto the playlist alongside Bananarama and Culture Club and gave them a hit. Their only (big) hit, in fact. The even better follow-up "You Don't Need Someone New" stiffed royally and further subsequent singles did even worse. I guess writing songs like "Two Virgins Tender" was always going to be PR nightmare, yet their music pre-empted reflective melancholy by a good few years - The Wake, Belle and Sebastien and The Drums all represent different decades with a similar ethic.

2010 sees a new album, jovially entitled "Dying Soldiers" and, with it, a few dates. They play their hometown at the legendary Cavern on 10th June, followed by a London date at the Camden Barfly on the 11th and Manchester's Moho Live on the 15th. The latter date is a bargain £7, whilst Liverpool is £11.50, Camden is £12.00.

The new material isn't far adrift from the earlier 80s material - check out some tunes on their MySpace page (www.myspace.com/thelotuseatersuk) and see what you think.