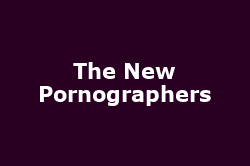 Alt-rock super-group, New Pornographers have gone and made a bloody good album this year and no mistake. "Together" is a cracking little pick-n-mix of jolly surf-pop and glam-rock minus the cheese, but you can read the review on the right to get the gist. Essentially made up of like-minded musicians, singers and song-writers, this collective has benefitted from the addition of St Vincent and Beirut on the new album, for sure, but it's the songs that lift them high and mighty above the rest.

New Pornographers will play a few September dates (as previously announced) in Glasgow (7th), Manchester (8th) and Brighton (9th). Tickets are still available for these three at around Â£12.50.

There's little point in mentioning the Electric Ballroom date in May because it's sold out, but now the band has confirmed a return to these shores on 9th December at the Shepherd's Bush Empire, priced at Â£16.50. These tickets go on sale at 9am tomorrow (19th May) and if you want a chance to see Neko Case, Dan Bejar, Carl Newman and supporting cast give it some saccharine-smothered welly, set the alarm clock for the morning! It should be a good one.