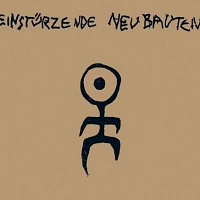 One of the most influential bands to come out of Germany will play London during October. I could be talking about Kraftwerk, Can or Tangerine Dream but I am obviously (given the headline above) talking about pre and post-Industrialists Einsturzende Neubauten, back for an ear-pummelling pair of gigs at two different venues.

The first date is Saturday 16th October at the HMV Forum in Kentish Town and the second is on the following night at the Relentless Garage. Tickets are on sale now and cost Â£22 for the Forum, Â£15 for the Garage OR you can purchase a 2-Night offer for both the Forum and Garage gigs for just Â£33. This is a limited offer so get in quick.

So, why see EN twice? Well, the pairing is dedicated to 30 years of the band's career and, seeing as there is a huge pile of albums to choose from, each night will reveal a different running order and structure. The Forum is a straight live performance, end-to-end, while the Garage evening features three rooms of a (shorter) live performance including EN rarities and work from the various band members' non-Neubaten projects, films and a question-and-answer session. This will truly be 'an evening with the artists'.

Neubaten's incredible sound mixes real found-sounds created with found objects, banged and clattered systematically with tough drum-machines, synths and steam-hammer beats that helped shape the so-called Industrial scene, initially practised by early Ministry, Nine Inch Nails, Nitzer Ebb and Depeche Mode (have a listen to their hit 'Master and Servant' or the album 'Construction Time Again'). Much of their material was licensed through art-house label, Some Bizarre as well as Mute. Hot ticket!